An update from the incoming President and NBC

An update from the incoming President and NBC

The Canadian University Press membership elected its new administration during annual plenary. Patrick Vaillancourt, current News Editor at The Other Press will serve CUP as President and Jane Lytvynenko, CUP’s current Ottawa Bureau Chief will serve CUP as National Bureau Chief for the 2014-15 term. Check out what the incoming national staff has been up to since election: 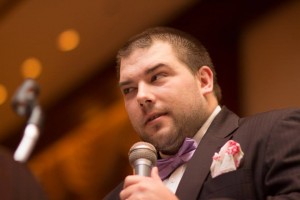 Patrick Vaillancourt
Admittedly, I did not take the direct route to journalism. Having been hired as news editor at the Other Press after only one contribution, I was overjoyed to have won the confidence of the CUP membership in my bid for president.

The work for me began almost immediately, reading up on current reports, talking to the membership in British Columbia and brainstorming some ideas for when my term starts in the spring. I am committed to meeting and speaking with as many members as I can before the summer break, and will be relocating to Ontario in the next few weeks.

I have also been in regular contact with Jane (the incoming NBC) as well as Erin and Brendan, who have graciously provided their time to ensure I am ready for the transition. Over the next few weeks, I will also be working on events in BC, including a social event and initial plansfor WPNCUP, before I leave for Ontario. 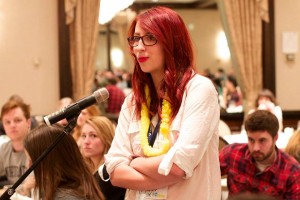 Since being chosen as National Bureau Chief for the upcoming year, I have been in disbelief. Without wasting much time, I got to work. Brendan Kergin, the current NBC, and I had many productive conversations about projects I could be working on before taking office. Some of this includes formatting the CUPwire archive and developing a better approach for the photo wire.

I have also closely worked together with Patrick. Together we’ve shared our visions for the organization and discussed its future in detail. I’m happy to report we work extremely well together and are set to become CUP’s next power couple.

In the next while I hope to reach out to the membership and get feedback on ongoing, new, and potential projects for the upcoming year.